Since 2018, Andreas Koch, owner of the printing house Albert Koch in Pritzwalk, has been an enthusiastic user of the LithoFlash® in his Heidelberger printing presses CD 102, XL 74 and SM 52.

He tells about his experiences from the decision phase to commissioning:

„At the beginning of 2018, Lithec had not yet available a constructive adaptation to a CD 102. So we developed together the 3D models in less than four weeks. Two months later, the parts were put together and the system could be installed.
Installation and commissioning proved to be absolutely trouble-free. Ultimately, the machine only has to be deallocated for about 4 hours. The regulation worked from the first moment. Minor design adjustments to adapt to our CD 102 were done quickly. Even for our smallest machine, an SM 52 with very little space for inline measurement, there was a practicable solution. For the density control, we simply use the LithoFlash® calibration measurement system of the adjoining Heidelberg XL 74.

In summary, I can highly recommend every printer operator to consider at least an inline measurement. Of course, the economic sense also depends on the order situation, the substrates and some other factors. In any case, from a mathematical point of view, we from the media house Koch achieve an ROI of about 15 to 18 months. Thereafter, the plant earns money, also because the maintenance costs are negligible.“ 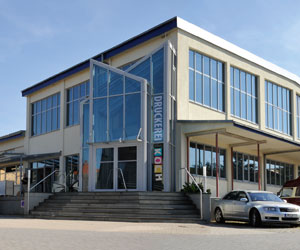 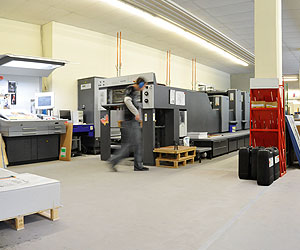 Inside of the printing house Albert Koch 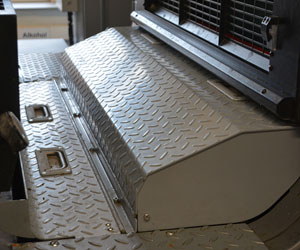 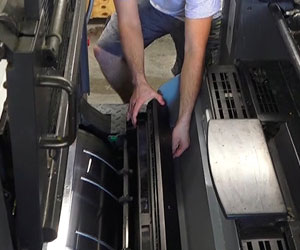 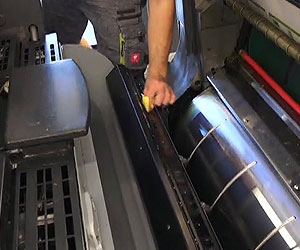 Easy cleaning of the LithoFlash® Inline